I’ve finally given it the time and the energy to compile a (messy) overview of my year. I’ve wanted to do something like this for years now, always starting enthusiastically, always giving up half-way and then forgetting about it. I came close to experiencing this again with 2016, when I picked it up again and was reminded of all the amazing and insane things that happened last year. So I kept going and I just kept finding all these things and events that happened that year, remembering all the things that I had actually, to be honest, forgotten about.

It’s so easy to ‘forget’ about things. Life just goes on and before you know it, it’s been a week since this or that happened, and then two weeks, then a month and then it’s suddenly so far removed from me, so far removed from sluggish daily life, that it just sits somewhere at the back of my memories. Doing this was definitely something I should have done earlier, but doing it also reminded me exactly how grand the concept of time is. We think we ‘have’ it, that we own it in some way, because we experience it daily and so intensely. At the same time, it’s something we couldn’t possibly phantom – we can’t grasp it, it’s nonexistent and yet, at the same time, vital and therefore persistently present. Looking back was thus not only a magnificent remembrance of all the things that can happen in a year, all the things I’ve been able to do, but also a way to put things into perspective.

Early January – the best way to kick off the new year: a trip to Marrakesh. My sister and I travelled to Prague in February 2013 (if I recall correctly) and when I returned from my seven-month long travels and moved in with her, we started joking that we ought to do it again and make it our thing – every so ‘often’, we’d pick a city and go there for a few days. Joking lead to more serious talks and suddenly we were looking into travelling to Marrakesh. Four days in a completely different country and culture. It was a magnificent trip and so wonderful to see something so different from western life and the western/European culture. 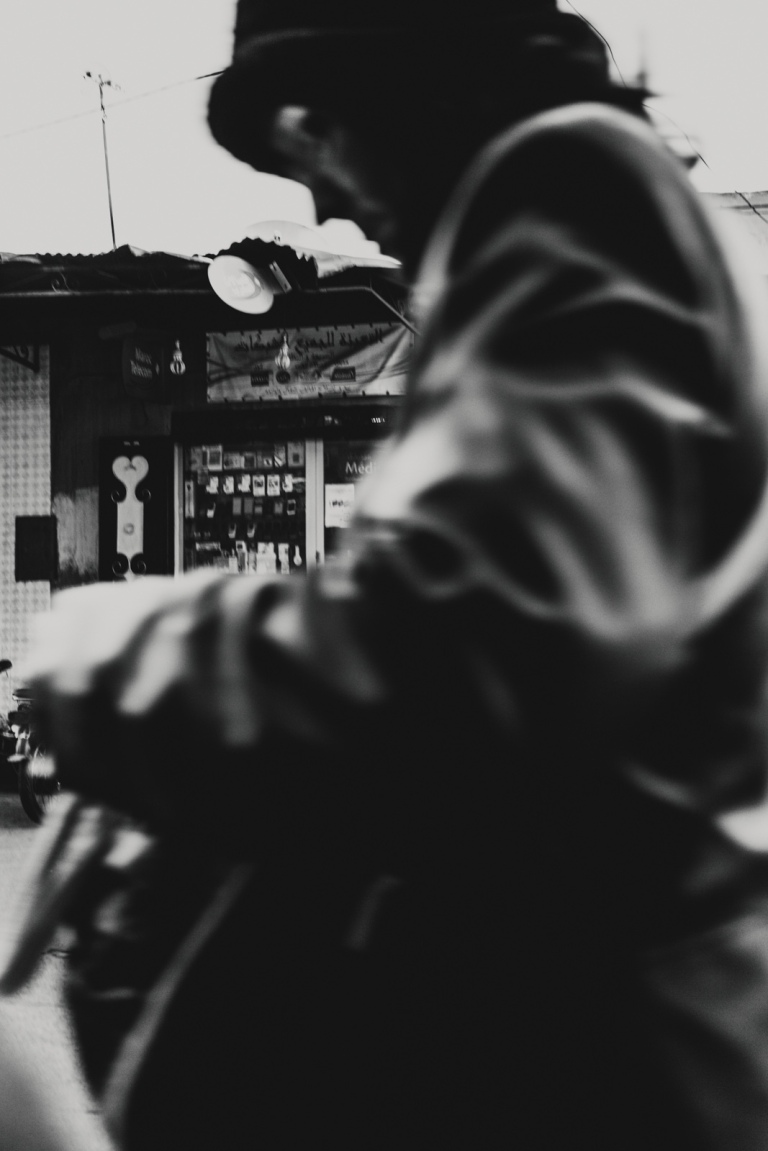 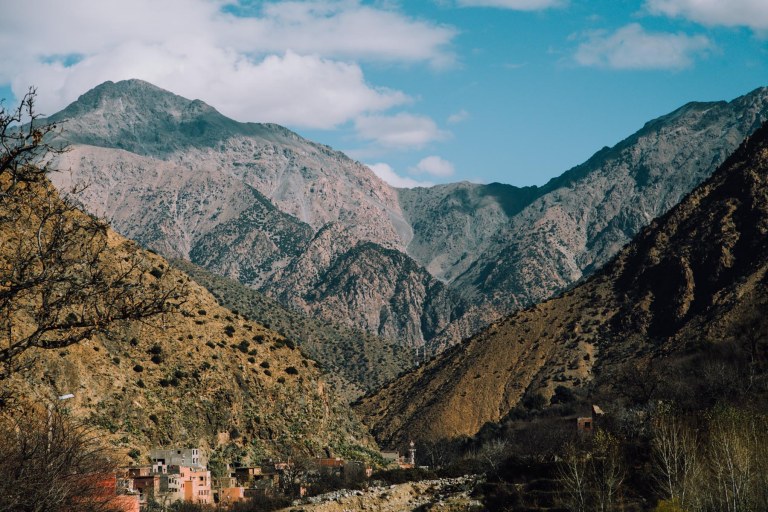 2016 marked the year that I started and completed my first ever photo documentary. I had the privilege to follow the volunteers of the animal ambulance for several weeks, documenting the amazing work they do. For more, please visit my website here.

And, of course, what’s a year without a visit to London? 2016 actually meant that we’d travel to London twice. The first trip being a Christmas present from my sister and I to our mum. We have this tradition of trying to out-do ourselves with gifts for her birthday and Christmas. I think this one made the top two… 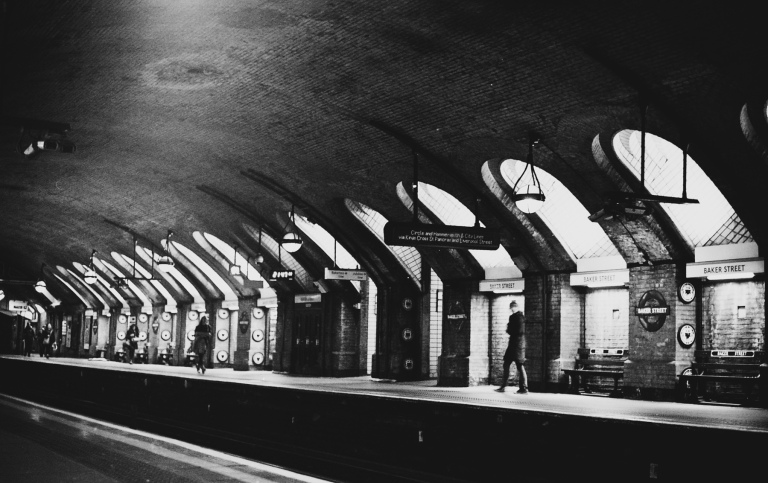 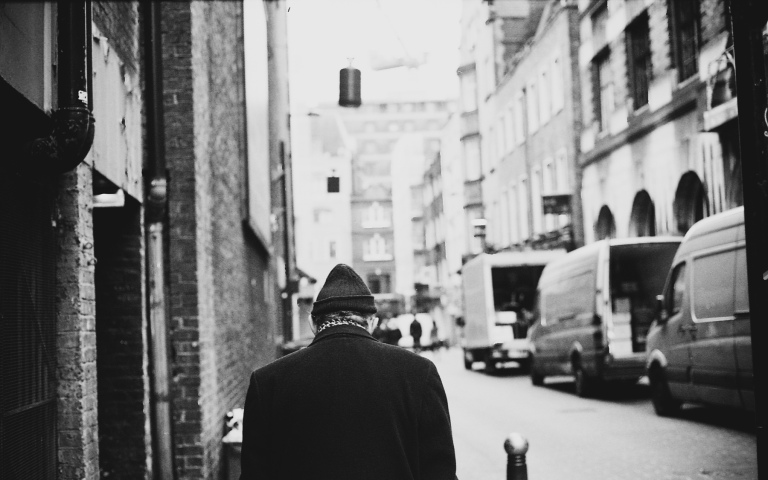 I came across the Slow Show by accident. I met up with a friend of mine to catch up and talk about my travels back in 2015, when she suggested going to an instore gig by this band I had never heard about. Once there, I could only hear them, couldn’t see a single thing, but fell in love right away. Instantly. Afterwards, my friend got talking to one of the band members since they knew each other because of a previous instore gig, and she actually introduced me as a photographer. Spontaneously, he told me they were playing in Haarlem that night and asked if I could come. I said ‘yes’, thinking I was saying ‘yes’ to photographing them that evening. I didn’t know I was saying ‘yes’ to an adventure of a whole different level. I’ve worked with the Slow Show several times now, travelling to places they’re playing in Holland, but also taking me to Dusseldorf and England. Mid June, I was asked to photograph them playing at Best Kept Secret Festival. It marked a big ‘first’ for me – my first festival, my first big event with a big crowd, my first time in the photo pit (which was awesome). I’ve grown tremendously because of them and I’m so honoured to be a teeny-tiny part of it. 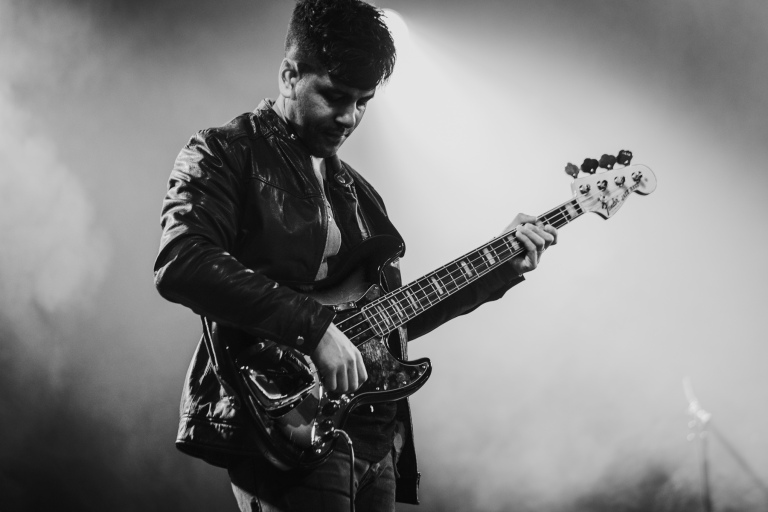 Later on in June, it was time for my mum and I’s second trip to England. We started off in London where I finally had the opportunity to meet the fabulous Rebecca Rijsdijk. We spent a few days in the city and then travelled north to a place right on the edge of the Peak District where I spent a good two months the year before. We stayed with my host from back then and it was absolutely wonderful to see him and his daughter again and being back there. We only stayed one night before travelling further north and seeing Manchester so had to say goodbye too soon! It was our first time in Manchester and I found it, at that time, a very strange city that I couldn’t quite place. That changed later on when we went back in November. 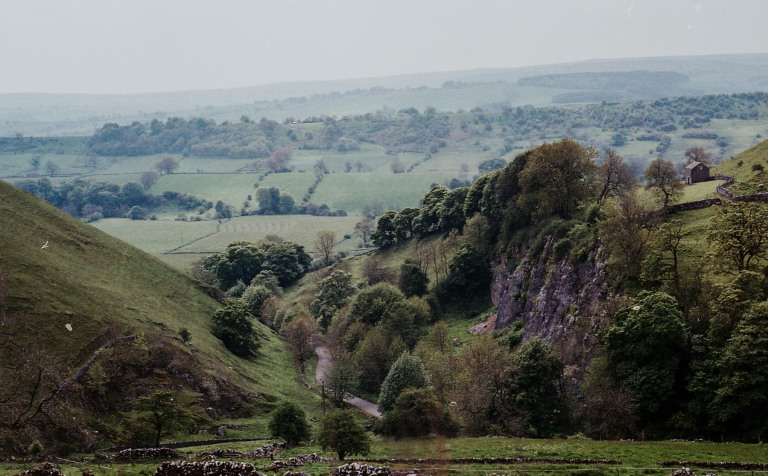 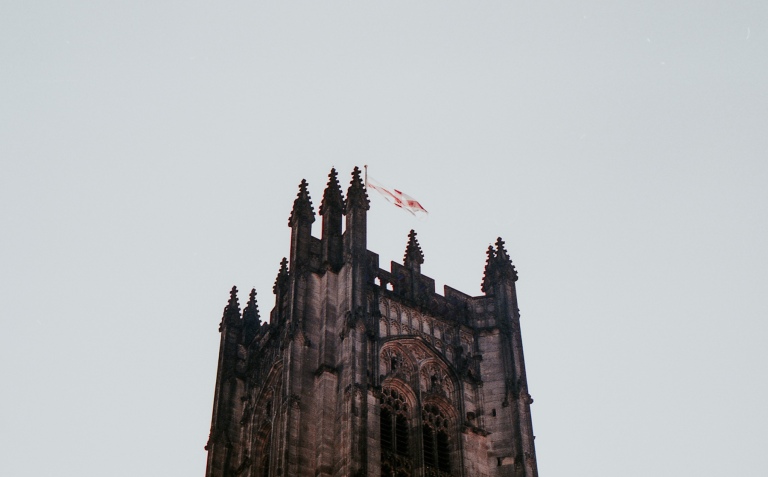 In between all this doing and running around, I found the time to wander and hang with some of my favourite people. One of my top favourite people is Isabella Prins. Together, we’ve covered quite some ground already, even taken our adventures internationally when we visited Madrid late 2015 (story). There was also plenty time to wander on with my best buddy – my travel companion. Mayson and I have seen a lot of places already together and I can’t shut up about A. what a great travel buddy he is, B. what a brilliant dog he is, and C. how easy it is for me to take him with me because as long as we’re together, he’s fine with it. Below are some of my favourite, though random, shots of our wanderings in 2016. 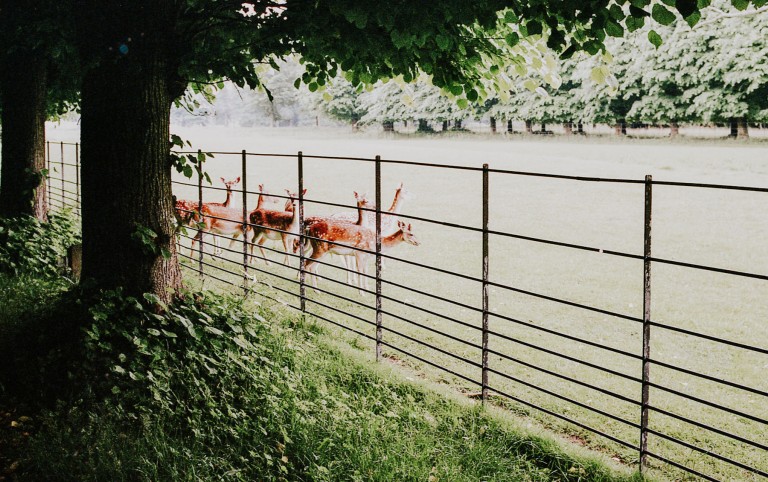 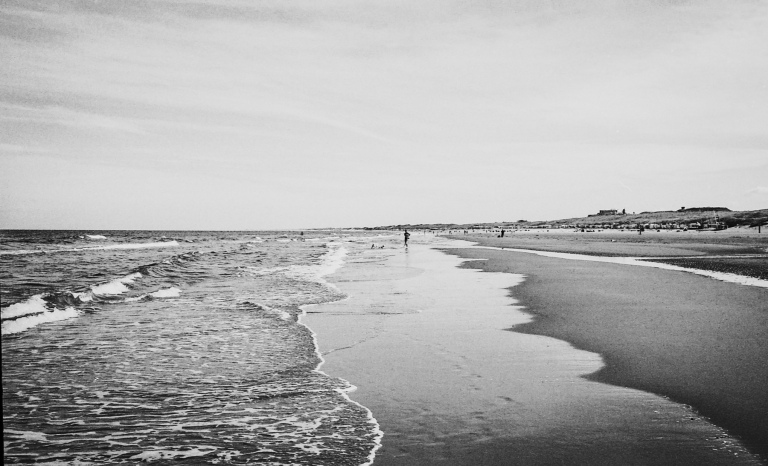 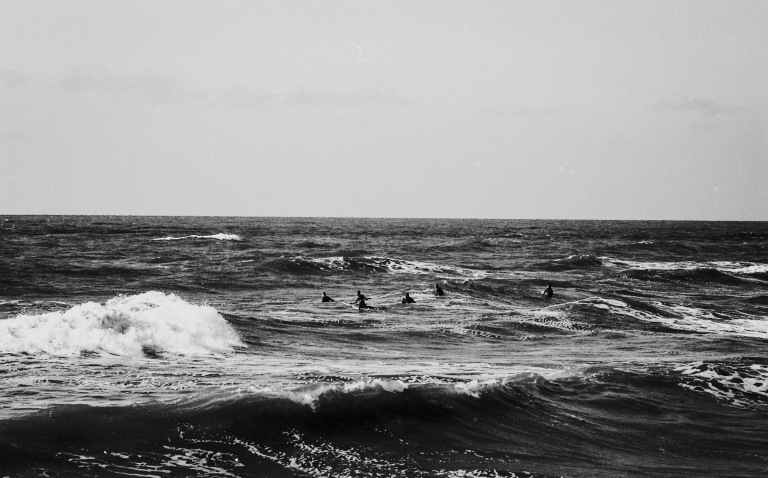 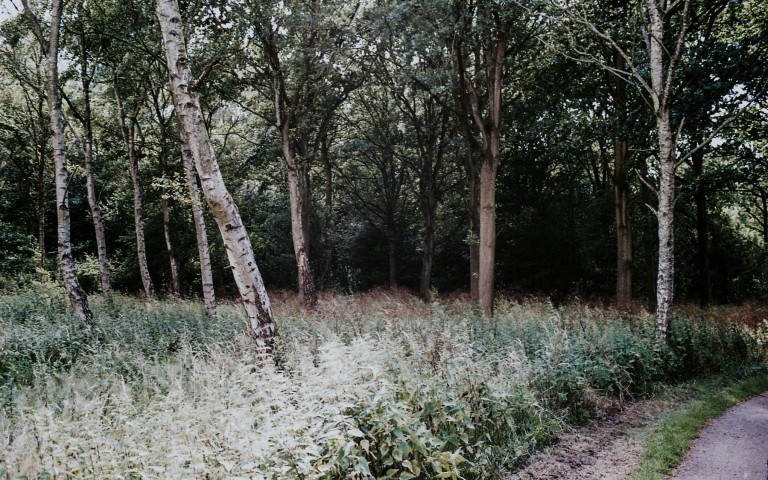 After returning from my travels, I moved in with my sister. She was a vacant property servant/manager (fancy term for legally squatting) and was looking for a roommate. Naturally, I jumped at the chance and had my own little space for over a year. Though the farm/building was old and in bad condition (no central heating, few windows, damaged and really just worn out) we had a good time there. 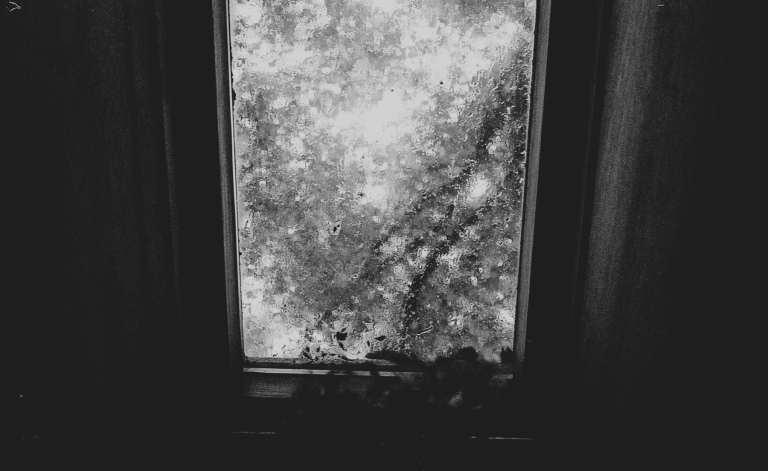 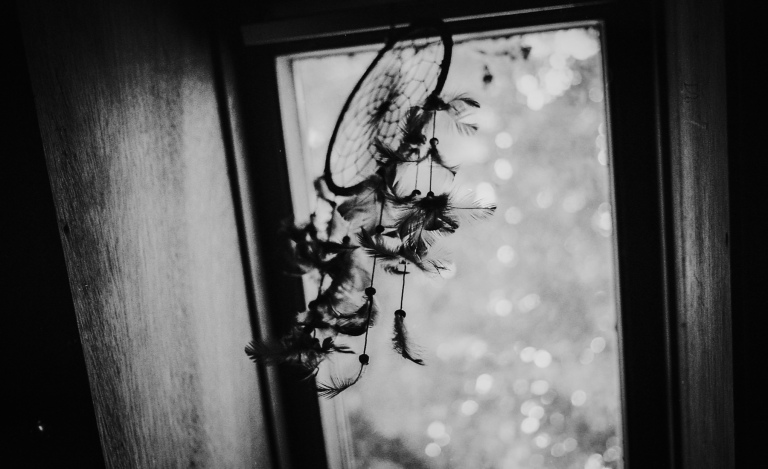 We’re somewhere in November, 2016 and we’re back at the Slow Show. I said it earlier – I had no idea what kind of adventure I was being offered through these guys. They came out with their second album late 2016 and returned to the Netherlands to promote. I went to an instore gig in Haarlem, which was the first time since hearing them for the first time in Leiden that I listened to them and not having to photograph them. It was blissful, to being able to listen to them. Don’t get me wrong – they are brilliant to photograph and equally brilliant as people, but it was so great to be able to listen to the stories they’re telling through their music without focusing on light, aperture, framing, composition and everything else that’s going on. However, that instore gig was the only time in 2016 that I could listen to them. Late November they played a sold out Tivoli, kicking off their ‘Dream Darling’ tour. Some two weeks later, my mum and I travelled to Manchester, their home country, to their last gig of the tour. My mum and I had actually a trip planned to Peebles, Scotland, when coincidentally, the guys from tSS played at Gorilla. Not wanting to pass on that opportunity, we made arrangements to see them in Manchester.

Our trip to Manchester/Peebles was wonderful, but strange and in a way, a bit of a disappointment. We took the ferry from IJmuiden to Newcastle, spent the night on the boat, drove to Manchester to catch the Slow Show that evening, drove to Peebles the following day and had to get back on the ferry the next day, meaning that we didn’t even really had one full day in Peebles for that matter. Whilst neither of us had wanted to miss Manchester, at the same time, our trip to Peebles was kinda ruined by it. We don’t regret it, but we did miss ‘touching ground’ in Scotland. We drove insane amounts thus we saw a lot, made a pit stop in Kendall and a few more along the way in Scotland, but we couldn’t really get into the touch, feel and vibe of the UK – something we were both really longing for. Looking back, still no regrets, but it was a little bit of madness! 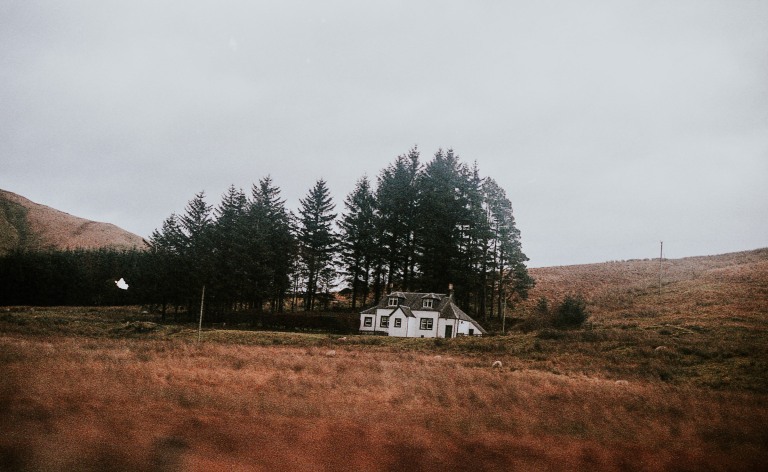 Another, last one of the year, unique opportunity ‘presented’ itself to me, in the last month of the year. I got in touch with Frank Doesburg, a wonderful singer-songwriter from my town, when I photographed him at a gig in our local cafe/pub. He was in the final stages of a beautiful project he had set up – visiting asylum seeker centres and playing some of his music there. He was looking for a photographer to cover two of those gigs and so there we went, all around the country. It was an eye-opening experience. Asylum seekers have been a ‘hot item’ for quite some time now and to see how they lived was something I will never forget. I can still remember how we walked around and I felt not only completely out of my element, but a total foreigner also. Perhaps the strangest part was that I felt a foreigner in my own country and it was almost as if this was their own, little world and we were almost like tourists – just visiting. That feeling, which I can’t really describe, is still with me. I can hardly imagine what living must be like for those that have had to flee from their homes & their countries, the reasons why and the conditions under which they travelled and now live. Exceptional experience and I’m still so grateful for having been granted the opportunity to witness and feel it.