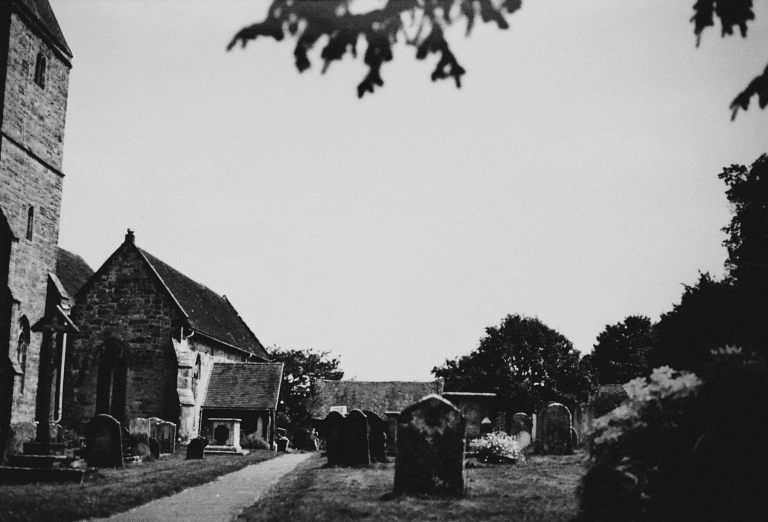 Before me lay stretched out the fields of long grass, their leonine heads burning in the dirtiest of yellow that comes only with draught and sunlight exposure. Dashed among the patches of green there are the beds of wild flowers – gold yarrows, ox-eye daisies, toad flaxes, corn flowers, cow parley, dandelions and gorses and clovers. There hung a certain, undefined heaviness in the air – the only remain that told any passer-by ‘something used to be here, something grave, something crestfallen and blue’. Melancholy came hand in hand with the dark that separated itself from the white.

There used to be something here, the invisible memory of it imprinted on the scenery like it was projected onto the nothingness. It is so real, I can taste it. I can hear it. I wish I could touch it so that I could feel it, but I feel nothing but the cool air that clung to my skin as a yearning, adoring lover.

I sit still, as if nearly frozen, so still, and I wonder when you look at me, when you look passed the shape of my face, what do you see?

Do you see, as a first, a perpetual smile; a coy yet shy curl around my lips? Does it look like it belongs there, like it holds any place, any sense or meaning, and nothing to indicate it is in fact so dreadfully misplaced? Would you see how the bow of my lips is crooked, aligned with the corners so that the lines blooming from them rise to the corners of my eyes – the perfect display of science correctly applied? The lower half is fuller, the worthy subject of anxious biting, or mercilessly abused when thinking deeply, as the top lip is sharply carved like a faint triangle.

Do you see, on my forehead – a graveyard, the dooming funeral we are all destined to? At night this is where the skeletons go, where they dance around the bonfire that cracks and spits and cackles as the red fury-glow devours that which was once a proud tree. Would you count the ripples in the skin as I force myself to look up but do not dare to lift my head? I’ve always kept my head down low, low as I could, not out of burden or desolate rejection, but because of belief – for when I was told good girls come to no grief (or was it harm?), I believed them right. I must always frown to meet a stranger’s eyes and I must always remind myself that it is wrong to hope to never have to look at someone else. Can you tell me this, from the creases in my skin?

Do you see the hollow resilience that sharpens my nose; the start so thin only to tumefy halfway through with mistakes and ending into flaring nostrils that accompany all the warning signs?

Do you see the tales that lie and rest at the bed of my eye sockets, that small strip of skin between the palatine and zygomatic bone? The tales have been put to sleep underneath a blue and purple blanket that is visible, some days strong, some days faint, yet magical in its restless exhaustion. Do you see them withering there and wonder if perhaps, when I weave myself between a duvet and cover and coil up in the middle of the mattress, if I would speak of those adventures that left me rich and also so poor?

Do you see the wrong kind of scars that come with life that runs along the jaw? I wonder, do you see any scars at all? Or do you gaze up – instead – so feverishly captivated by the onyx night sky where, if I were to rise above you, I could see the reflection of the twinkling stars in your eyes? Would you compare the alien skin pigmentation with the tiny light bulbs among the nightfall clouds, would you contemplate, think of it, or simple ignore it?

Do you see a restricted shimmer, the fluster of denial in my eyes and the eternal wonder why – why anything? The haunted questions are vivid, the maniac curiosity mixed with the colours of a stormy sea and yet many alike loose appetite when they shiver at the lack of personification, the lack of personal presence. Would you see then and wonder, like I have done many a times, where I had gone? Would you compare me to Alice and then, I shouldn’t ask, but would you follow into Wonderland? And yet here I am and I wonder if there was anything to be found in Wonderland if not pixie dust and long abandoned fantasies.

Do you see – when you’re still looking, that is – the shallowness of sorrow running along the sharpness of my cheekbones that stand like the razor edges of unsuspecting cliffs where desire is hanging off the ledge? Would you wonder if it jumped? Would you suspect foul play – a push – or would you simply think of it as an accidental tragedy?

Do you see the airplane crashes and sinking boating that hide in the dent underneath my chin – the ones only you can only see if I look up?

Do you see it now? ‘Tis but right here, looming up from the earthly soil as the fog of ghosts lifts itself. On the left beckons the church tower, the chapel with the cross marked for both sinners and believers. Headstones rise – would it be wrong to think of them as coming from the grave? – and the dirt they disrupted lay helplessly in crumbles at their feet. It is the only tell that tells the passer-by ‘something happened here’. The gold yarrows, ox-eye daisies, toad flaxes, corn flowers, cow parley, dandelions and gorses and clovers fade and trees return from the bonfire to offer shelter from a purifying rain that does no wrong for it knows no wrong.

And yet it is feared so mightily.

If we are not fools for not considering ourselves lost, then what would we be?

It unfolds before my eyes and the memory becomes clear. The house of religion, the final resting place, the damp smell of a wet and heavy earth that lie intertwined with the soft and tender moss. It is the scent of a beautiful death, rainfall on a spring day, that comes as refreshing as it passes so quickly, and this is where men walked in straight lines with gravel snapping away underneath their recently polished shoes.

I sit still, as if nearly frozen, so still, and give it no further thought. I am among the graves, put to rest with the headstones.

‘Tales from a distant past’ is a series that features pictures taken in England, 2012 – a series I still regard as some of my best work. It was created in the hopes to bring life back into those pictures taken the summer of 2012, both through visual as written work. Each picture is accompanied by a short story that is inspired by the image.